All you need to Know about String in Java.

In any Programming language to perform any kind of computation, you always work with Numeric(Int, float, double, etc), Boolean, and Strings kinds of data. They are said to be core or primitive data types which you need even for creating complex structures/classes, and knowing these in detail would always make help you design better code and choose the correct combination of data to get accurate outputs from your functions/programs.

In this article, we will be diving deep into the concept of String. Understand how they work in Java, and what operations you can perform on them, so without any dues, let's get started!

What is a string in java?

String? the first question that should pop into your mind is what are they? and what do they look like? and answer from them are quite simple, just like in our English Grammer, String is nothing but collections are some characters (alphabets and symbols) put together. It doesn't matter if a string makes sense or not, till is a group of characters it's a string. For example “This is a sample String”, or even “zxczxvc adsad qwe” is also a string.

Different programming languages have different ways of representing a string, for example, some represent it like ‘hello world’ or “hello world”, point to be noted is that string can start from single quotes - ‘ or double quotes - “”. Also by Language design, there is a possibility language doesn't support string types directly, they might support Character as the primitive type and Strings could be formed with the combination of these Characters. If a Language supports Character type then the character always starts with single quotes and the String will Start with double quotes.

Anyways enough with the background, coming back to the language we are here to learn which is TADA… Java, String here is not a primitive datatype, even thou it comes packed with the language. Java Supports Character type ie. char data type.  let's look at it's example:

Just for your information thisIsa is not equal to thisIsA. There is a lot to learn about the character we won't be digging deep into it (you can learn more about them from here → https://chetangupta.net).

Same go there thisIsa is not equal to thisIsA, as Strings are case sensitive. hope you got the gist and some background about strings now…

If so, riddle me this?

Since we have said String is a collection of a sequence of Character will String variable thisIsAlsoA is equal to thisIsA? If you are curious enough think, if you couldn't find the stick around till the end of the article…

How to create a string object?

Let’s go a layer deep into the String creation process in Java. The way we have created a String using double quotes is called creating String Literal.

Another way to create it is using String Object, since we know in Java object creation is done using new operator thus we will create a string like String apple = new String("apple");

You might think what is the difference? and also why should I create it using the Object method, look more lengthy?  Well that you need to understand what actually is happening under the hood in the Java memory model.

When we create String Literal, JVM looks in the String Pool to check same value already exists or not. If found it would return the object reference, if not then it creates a new string object with a given value and stores it in the String pool.

And When we create an object using new operator, then two things happen, the string value that we passed would check and place inside the String pool, but the object of the String is created into heap memory. Thus this method would take a longer time to execute, other side to keep in mind is that it will construct a new object every time.

Okay, knowing this background is good but how does it explain the new operator use case?

Thus whenever we are dealing with a string that requires a lot of modification we will prefer String Objects over String Literals.

Hoping you now have an understanding of the role of String Objects vs String Literals.

Now here comes the interesting part, let’s explore what the possible operation we can perform over String data-type:

If you want to know the length of the string i.e. total number of characters int the String, then use function length() over string example:

Note: Do understand that Strings are immutable i.e. you can read value at index but cannot update value on the given index, i.e there is not setCharAt(index) like function on String.

Note: the new concatenated string that we get after the operation will be a new string, cause the String is immutable.

Substring means taking a part of string based on given indexes. There are two overloaded function method for this:

We use Contains to check if String contains another string or not.  Note: in background, it checks for CharSequence for faster evaluation than checking each words. (learn more about that from here: https://chetangupta.net.)

Join as the name suggest it would join two strings, but you might wonder what is the difference between join and concat?

In String, these comparison is lexicographically(dictionary order) based i.e

In Java, we have two functions for comparing strings in Java.

We can control casing of our String character using two function:

String values can often have white spaces in them, from beginning or in the end. Note: Space between the Characters is not white space. we can use trim() function to remove them.

If you want to replaces character from old char to new character.

Note: Keep in mind replacing a character in a string is not the same process as setting a character at some index in a string. The rule that Strings are immutable will also be applied there, thus when you try to replace a character you get an entirely new string with replaced character.

We have already seen two ways to join two strings, one is concat and the other is join, but a very common pattern you will encounter you will see for concatenating two strings would be “+”.

Which one should we use?

In our opinion comparing between “concat()” and “+”, “+” operator seems more readable, but be careful using it with numeric type data.

But as we suggested this is the same issue as concat, since Strings are immutable we are basically creating new string better and faster way would be to use StringBuilder.

We have covered a lot of the core functionalities of the string, and we can clearly see a use-case in which we are appending strings with string, float, numbers, etc… what if we can have placeholder values in the string and on runtime these place holder could be replaced with values we want to put?

This is what String.format() function does. We create a string with placeholder/specifiers and we populate them with the value, we also call such type of string as template strings.

We use different specifiers for different types of data types, the most commonly used ones are:

and others are there which you read more from here: https://chetangupta.net/

Note: values are placed into the template position according to their occurrence in function parameter,

Compare to concat or plus operator this method is useful when you are working with very long strings. Performance-wise it's not as great as StringBuilder cause it needs to parse the entire string and parameters before generating the string.

While we are working with a long string, if we try to break it into two parts most obvious thing which would come to your mind would be to press enter and continue with your string in the next line, but if you try to do that compiler will treat you Syntax error, for instance:

To do these kinds of functionality, you need to use special characters for \n in the string for adding new line in the string.

If you read entire article thoroughly you have head us repeating this statement again and again. This is because it's the main mechanism by which Java Strings function.

The key reason for having String as immutable is to have the benefit of caching, performance and safety.

The string is the most widely used data structure in any program and  JVM optimizes the amount of memory allocated for them by storing only one copy of each String in the String pool.

Thus caching the String literals and reusing them saves a lot of heap space because different String variables refer to the same object in the String pool saving crucial memory resources and improving the performance of the application in general.

One added advantage of String being immutable makes them thread-safe so Strings in a concurrent environment are safe to read and update.

is thisIsAlsoA is equal to thisIsA? this was the riddle we asked.

If you think Yes, then sorry mate! you are wrong. Conceptually you are right this should be correct but the issue is that Java is not a dynamically typed language it's a statically typed. Thus Types play a major role here. Since the type of String and char didn't match it failed. It wouldn’t have failed in a language like JavaScript.

one more thing… A string is a collection of char right?, thus we can convert our String into Character Array using toCharArray() ,  since Array is a collection thus justifying our statement programmatically and if we compare the first index position of the array with the character it would be equal. Nice!

Let's have a small recap:

We hope you have learned a lot and untangled all the mysteries and doubts around Java String. Until next time happy hacking! 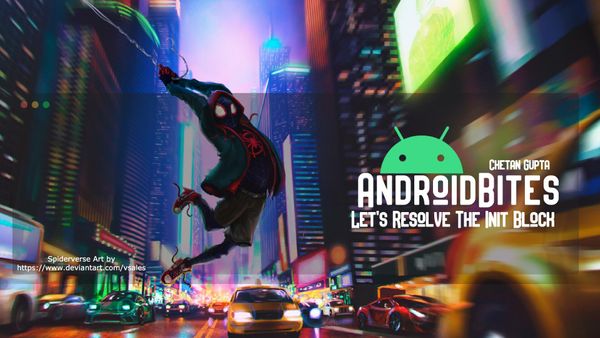